“We will not permit humanity to set up a pecking order where some humans are not as significant or as human as others.  We are all equal.”

Lieutenant-General Roméo Dallaire (Retired, Canadian hero), peacekeeping-force Commander of the “United Nations Assistance Mission for Rwanda” in 1993 and 1994, talking about service with the United Nations. 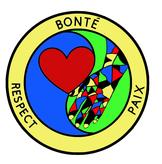 “Dear sisters and brothers.  We have a responsibility to improve the world.”

- Malala Yousafzai, Nobel Peace Prize Winner (world’s youngest, as of 11 Oct. 2017) / Human Rights Activist / survivor of a terrorist assassination attempt (shot on 9 Oct. 2012 as a teen, after speaking up for available education for girls everywhere).  From her speech at Canada’s Parliament, 12 Apr. 2017.

“I’m not concerned with your liking or disliking me… All I ask is that you respect me as a human being.”– Jackie Robinson, Major League Baseball Hall of Famer (Brooklyn Dodgers)

We all live in one planet community as

CITIZENS OF OUR EARTH

"Be kind to one another." - Ellen DeGeneres, Comedienne

Please read these with teens and children (being age-appropriate) and teach them the lessons within the quotes.

Take a stand with us to inspire more

for everyone.  ...At home, in school, in the workplace, in the volunteer-workplace, and in society in general, regardless of our differences.  Let us, and let us teach children to, show more respect through acceptance, courtesy, equality, good manners, politeness,  and acts of

to help to spread more

"Whether the borders that divide us are picket fences or national boundaries, we are all neighbors in a global community." – Jimmy Carter, Former President of the United States

At the class’ Valentine’s Day party, when Schroeder was handing out the collected cards to the pupils;

Later, the girls are feeling guilty that no one gave Charlie Brown a Valentine, so they went to see him outside his home, where he was waiting at his mailbox, and where Violet handed him one she received then recycled to him:

“The colors of a rainbow
So pretty in the sky
Are also on the faces
Of people going by
I see friends shaking hands, saying how do you do
They’re really saying, I love you.”

- Bridge from the song “What a Wonderful World”, sung by Louis Armstrong.  Written by Bob Thiele (as George Douglas) and George David Weiss.

“Do something to make someone smile…” 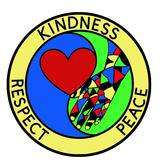 Thank you for what you teach!   Merci!

...During her Legacy Interview as Winner of the Governor General's 2016 Lifetime Artistic Achievement Award (Popular Music), advising young artists regarding the work to do to be successful...but is great encouragement in general! 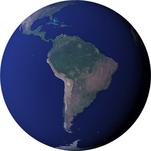